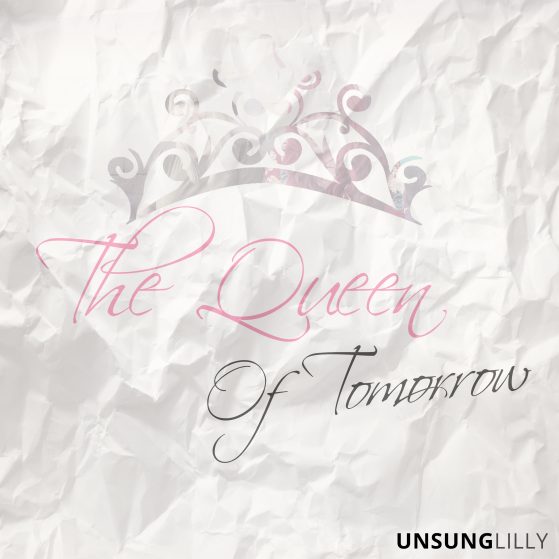 Unsung Lilly – The Queen Of Tomorrow

Epic pop anthems from married couple Sera & Frankie. Vocalist & lyricist Sera is passionate about writing revolutionary lyrics that delve into the transformation that is developing in todays western world society. These socially conscious lyrics are met with epic layers of experimental sounds created by Frankie, who produces the recordings herself and performs all of the instrumentation with a soulful wisdom. This British act has been around since 2012, and were named as UK Music Week magazine’s ‘ones to watch’. Somewhere along the journey of recording sessions, gigs and touring, Sera & Frankie fell in love, which was rather a surprise not only for them, but for their fans too! They married in Cornwall, England, in 2017. Back in December 2013, after a (self confessed) night on the cocktails, the girls spontaneously decided to book a flight to Hollywood, CA, to perform at a music conference the following week. What seemed like a (drunken) whim turned into an unforgettable twist of fate! The girls performed at the iconic Roosevelt Hotel on Hollywood Boulevard, and the legendary Whisky A Go Go on the Sunset strip, and made contact with various US music industry VIPS, including Wayne Vaughn (of Earth Wind & Fire and Brothers Johnson), who invited them to move to Los Angeles, in the promise of mentorship.

Since then, Sera & Frankie have been back and forth between California and the UK, and have most recently spent a year hiding away in the California desert, honing their craft and writing, recording and releasing 12 songs in 12 months. Song no1 was released in October 2017, titled ‘Hear us Roar’ which was claimed as an anthem to various communities, including the LGBTQ+ movement and women’s empowerment activists. Other fan- favourites so far were the epic ‘Stories’ (inspired by the #Metoo movement, with its music video shot at the Hollywood #Metoo march), ‘Its You and Me’ which featured a ground breaking music video which was a daring take on a traditional Disney fairy-tale but featuring a same sex couple, and ‘Queen of Tomorrow’ which is a light hearted and fun song about procrastination (which the girls feel is one of their worst vices!)

The majority of music videos from the 12 songs in 12 month challenge have been directed and edited by Sera, with help from some incredible friends and co-workers such as Nadia Jordan  (‘For the Love of George’) who directed the
‘Queen of Tomorrow’ video, Emma Campbell Webster (author of ‘Lost in Austen’) who co- directed the videos for ‘Hear us Roar’ and ‘Its You & Me’, Mike Bonner (stylist to the stars) who did styling and co-directed ‘Let Yourself Go,’ ‘Too High’, ‘I AM’ and ‘Hurt to Know’ videos, female director/DP duo Chloe Isherwood and Ceri Wiliams for ‘No Holding Back’, and illustrator Tanya Read who created incredible graphics for many of the videos and lyric videos. The twelve songs are now being packaged up into an album which will be released later this year. Every song has been produced by Frankie, and masterfully mixed by Christian Ballard (Christina Aguilera, Alesha Dixon).

2018 has also been a big year for Unsung Lilly on the big screen! The girls had five of their songs featured in ‘For the Love of George’ movie starring Nadia Jordan, Patricia Arquette and Kirsten Johnston. Sera has also turned her hand to screenwriting, and co- wrote short film ‘Evelyn & Elmer’ which will be featured in the film festival circuits next year. The film features of course, songs by Unsung Lilly, and a beautiful score composed by Frankie. The gigs and festival they have played for the summer of 2018 were: Albury Festival – 22nd July
The Brunswick Pub, Brighton – 12th August
Weyfest – 19th August
Foodies Festival, Oxford – 27th August
Century Club, London – 14th September