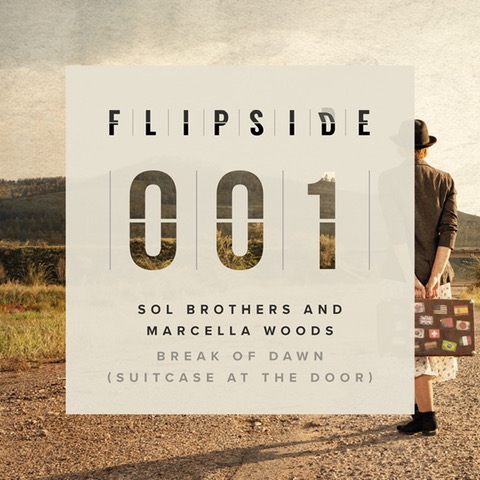 Flipside Records are excited to be able to bring you this stellar collaboration as their debut track by Sol Brothers (aka D.J. / Producer Andrew Galea) & Marcella Woods on ‘Break of Dawn’ (Suitcase at the Door). The track’s story began a while back, when Andrew Galea had completed a promo-version in 2018, which stuck as a personal favourite. The original promo of Suitcase 2018 got massive support from industry peers such as Roger Sanchez and Slipmatt to name a few. Lisa Thorpe, the Co-Founder of Flipside has enjoyed numerous professional connections with Andrew Galea spanning some 25 years. During the initiation of Flipside Records, it was decided that this track would be used within the official launch release – but under a Sol Brothers re-style production, to give them a sound like no other. The choice of lead vocalist for Galea was confirmed and Marcella Woods was selected to bring her unique energy and style to the track. The industry-revered duo went on to collaborate on ‘Break of Dawn – Suitcase at the Door’ in true Sol Brothers style. In Andy’s words – “Wollop” the track was created out of love, passion and desire to bring groundbreaking music back to the market; using unique and original house tunes which were taken to a whole another level.