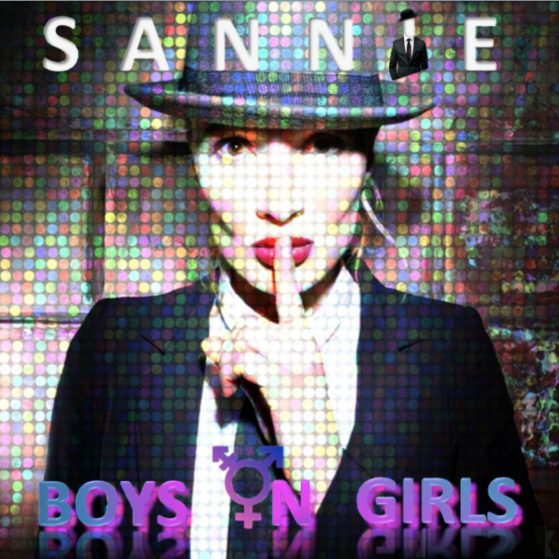 Sannie is the name of a lady with Danish origins who decide to make her mark in pop music history by selling a few million singles worldwide and gaining a place in the world famous ‘Guinness Book of Records’ with a song called ‘Saturday Night’.

Sannie presents her new single ‘Boys on Girls’, an electropop stomper that’s about the take the world by storm. The track is produced by Domenico “GG” Canu from legendary Anglo/Italian electronic group ‘Planet Funk’.

Sannie was born in Denmark, within a family of musicians and ever since she can remember, rivers of words and seas of musical notes have always been a major part of her life.

Her mother played the trumpet, her father the contrabass, and her grandfather, a master Luthier, built her a violin when she was 4 years old, in the hope that she would share his passion for the instrument. But Sannie’s interest was always towards singing and playing the drums, or at least anything that could make as much noise as possible.

Later on in life, almost for fun, Sannie’s journey into music, took her around the world with a career as a recording artist. However, after touring the world for quite a few years, she found herself tired of not waking up in the same place everyday and decided it was time to take a break from the crazy lifestyle.

Sannie began writing & composing for other artists in the industry, collaborating with many different producers. Day by day, the urge to get back out there as an artist returned, and Sannie is finally back with the brilliant single ‘Boys on Girls’