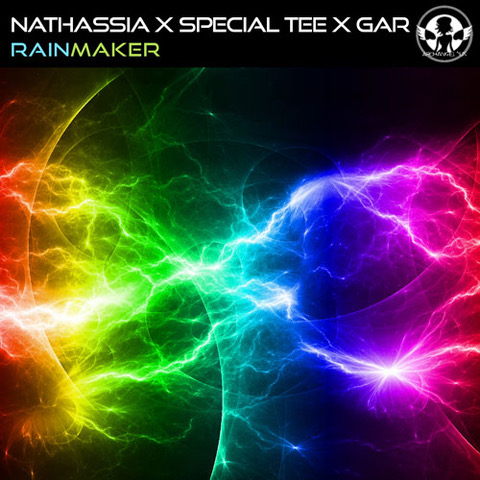 house infused remix of ”Rainmaker”; a catchy radio and TV banger you

can’t afford to miss. The vocal hook partners with an infectious driving

‘Rainmaker’ is the first collaboration between celebrated Dutch electronic

music artist NATHASSIA, SPECIAL TEE and one of India’s hottest

producers GAR. Nathassia explains “the song is inspired by a lens to the

MTV’s Big 20 and was also playlisted on MTV Dance International.

Nathassia’s previous single with D3FAI ‘Change The World’ had huge

George Anthony Rai, a.k.a GAR is one of the ingenious progressive star

of Indian subcontinent, GAR has moved out to be one of the most ecstatic

electronic talents in the world. GAR’s “Violet” was featured in the TV

show ‘The Voice Holland’ and had recent support from Sam

NATHASSIA (pronounced Natasha) being half Dutch & half Indian

bring together both eastern and western cultures in spellbinding style.

Described as “TORI AMOS FOR THE KISS FM GENERATION”, “PJ

HARVEY FOR THE CLUB ENVIRONMENT” & “THIS GENERATIONS

Moonbeam NATHASSIA has gone on to successfully forge her own style

& sound as an electronic music artist with recent support

Goddess Is A DJ radio show on the EDM Festival Channel

on DI.FM and live streaming platform with Maestro Goddess Is A DJ have

a growing army of devoted fans.