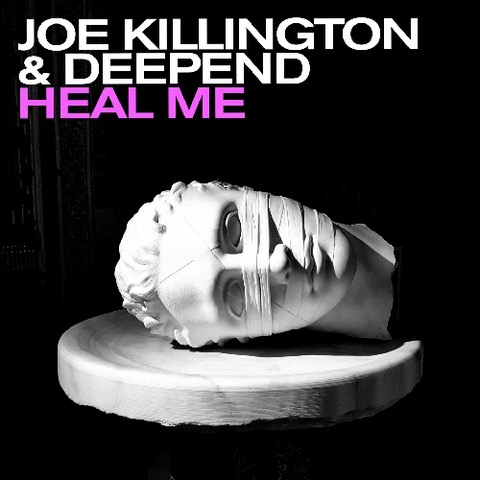 “Heal Me” is the brand new single from Joe Killington & Deepend. Their

last single together, “Could Be Love”, was streamed more than 15 million

banger. With mixes from Gawler & Alex Kirsch to complete the package,

Joe Killington made a BIG impression with his breakthrough dance hit

“Painkiller”. Released in the Autumn of 2020, Painkiller was immediately

Mediabase & Billboard with over 3,500 spins from all major US dance

positions in both Music Week Club Charts in the UK, number 1 DJ Buzz

that “Painkiller” was a pretty amazing debut! Of course, Joe didn’t just

appear from nowhere. He has written and sung on hits for Purple Disco

& Klingande amongst many more and is currently working on new

elements. His live shows do not disappoint either, mesmerizing crowds from

Ushuaia & Pacha in Ibiza, Tomorrowland & Sziget, to nailing a 10-show

support tour with David Guetta throughout Europe. In the remix world,

Deepend was on official duties for Matt Simons’ “Catch & Release”,

charting at number 1 in Belgium, Germany, Portugal, Spain & France and

which has now passed 325 million Spotify streams. Deepend has

Schulz, Gnash and many others and further international collaborations

hits such as “Waiting For The Summer” & “Runaways”.