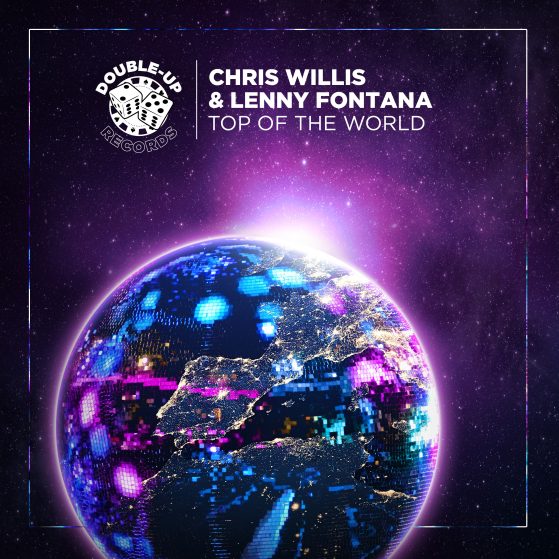 Chris Willis and Lenny Fontana – Top Of The World

‘TOP OF THE WORLD’

Former gospel singer Chris Willis is well known as the powerful voice behind many of David Guetta’s chart-topping club anthems including, ‘Getting Over You’, ‘Love Is Gone’, ‘Would I Lie To You’, ‘A Little More Love’ & ‘Love Don’t Let Me Go’. For the new single ‘Top of the World’, Chris teams up with New York house music legend Lenny Fontana for an uplifting and soulful disco house anthem.

No stranger to crossover success himself, Fontana’s first crossover hit record ‘What You Need’ (Defected Records/Ministry Of Sound), under the name Powerhouse Feat. Duane Harden was a Top 10 hit in the UK. It was performed on Top of the Pops and the Pepsi Chart Show also recently cited by Calvin Harris as an early inspiration, when he began making music. Lenny’s house anthem ‘Chocolate Sensation’ (FFRR/Warner) was also a UK top 40 hit. Lenny has also had releases on seminal labels like Strictly Rhythm, Soulfuric, Nervous, Nite Grooves, Azuli & Distance.

With two artists of such a strong pedigree joining forces, it’s no surprise the results are outstanding. Willis’ amazing vocals and Fontana’s lush full musical production align seamlessly, leaving the listener feeling ‘On Top of the World.’

Another NYC house legend Junior Sanchez (S-Men, Brobot, Circus, Subjekt, Relief, Play It Down) steps up to the remix plate and ‘knocks it out the park’ with a dubby heads down driving take for club dancefloors.

Bonafide UK house legend Terry Farley, under various guises, Roach Motel, Farley & Heller and of course Boys Own, has produced some of house music’s most enduring cuts. For ‘Top Of The World’, Terry teams up with frequent collaborator Kevin Swain for a percussive stripped down rendition, which takes things down a darker path.

Melbourne’s Marcus Knight stays true to the original flavour, pumps up the drums and adds some filter magic to provide dancers with a different spin.